What are the Types of Fishing? 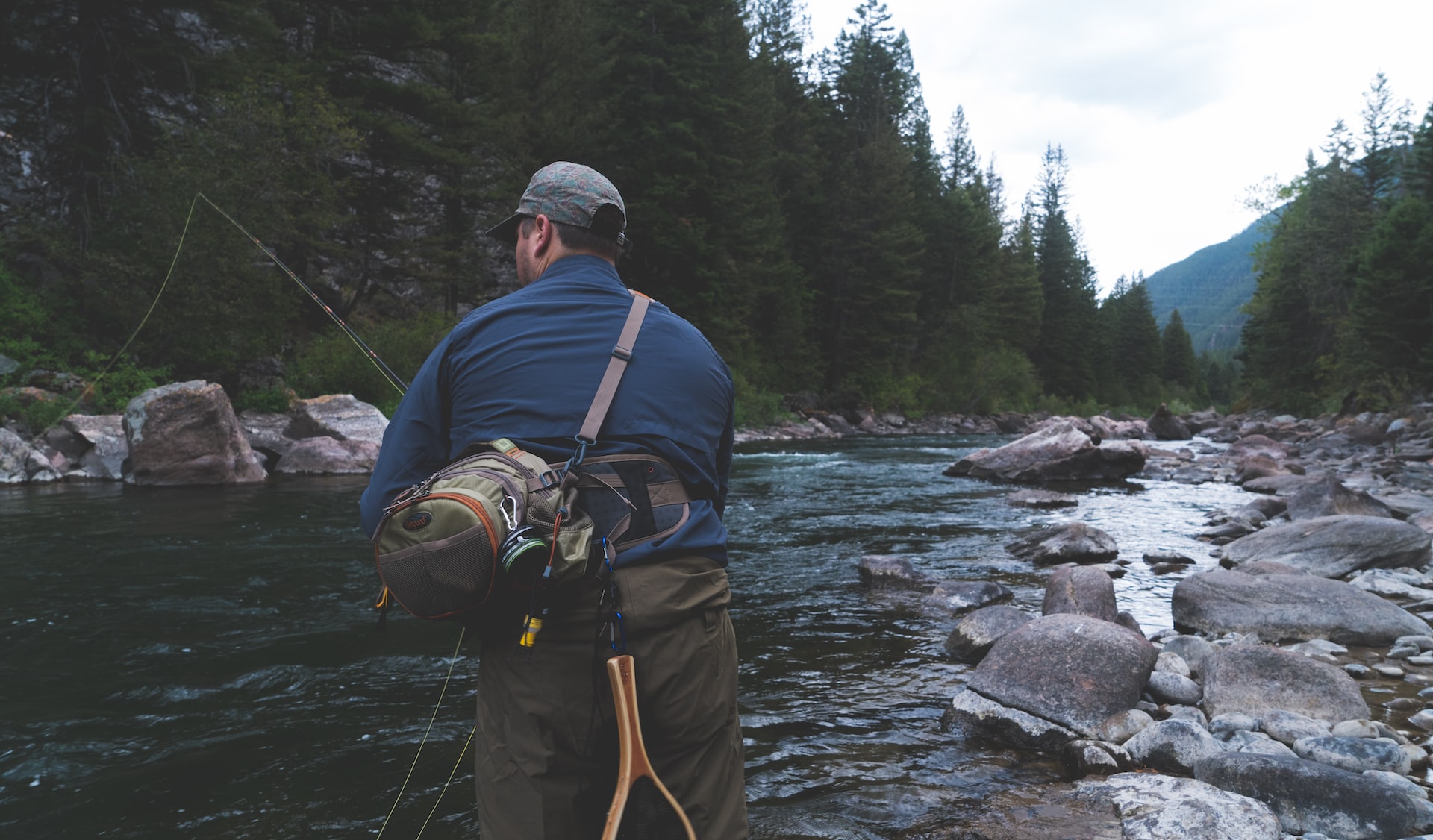 Fishing has been around for centuries and is one of the most popular industries in the world. With over 100 million tons of fish caught yearly, it’s easy to see why. However, reaching this figure isn’t as easy as it seems, and various techniques have been developed over the years to make fishing more efficient.

Various fishing methods, commercial or recreational, exist to target varying fish species; each with its benefits and drawbacks. Which ones would suit your needs?

What are the Types of Fisheries?

Before diving deep into fishing techniques, it’s essential to understand what a fishery is and its different types. A fishery is an area where fish are raised and harvested for human consumption. It can also refer to the water bodies where wild fish gets caught.

There are two main types of fisheries, namely inland and marine. Inland fisheries are found in freshwater lakes, reservoirs, and rivers, while marine fisheries are in estuaries, the open sea, and coastal areas.

The most common type of fishery is freshwater, which accounts for about 51 percent of the world’s fish species. It’s also the most popular recreational fishing activity as it can be done in different environments, from small streams to large lakes.

The main types of freshwater fisheries are as follows:

A reservoir is a man-made lake that stores water for agricultural, industrial, or domestic purposes. It can also be used to generate hydroelectric power and as a recreational area.

Reservoir fishing is a popular activity as it provides anglers with the opportunity to catch a variety of fish species. The most common fish found in reservoirs are bass, catfish and trout.

Ponds are small bodies of freshwater often artificially created and used for aquaculture or recreation. They can be found in parks, backyards and even inside buildings. Many ponds are stocked with fish to give anglers a challenging and fun fishing experience.

These extensive natural waterways flow from mountains or lakes into the ocean. They’re an essential part of the water cycle and support a diverse ecosystem. Large rivers can be several kilometers wide and provide various fish species for anglers to target.

This body of water is surrounded by land on all sides and doesn’t have an outlet. It’s usually fed by rivers and streams. It is much larger than a pond and can be found in different parts of the world.

Saltwater includes all the water bodies with a high concentration of dissolved salts, such as the ocean, seas, and brackish waters. It’s home to around 20,000 of the world’s fish species and is a popular destination for fishermen.

Otherwise known as inshore fishing, this type of saltwater fishing is done in waters that are less than 60 meters deep. It can be done from the shore, a pier, or a boat. The most common fish caught in shallow waters are snapper, tarpon, and grouper.

What are Some Methods of Traditional Fishing?

Like most industries, fishing has changed and evolved over the centuries. With modern technology, fishermen now have more options for choosing the right fishing gear and methods. However, although traditional techniques were often labor-intensive and time-consuming, many are still being used today as they’re found to be more efficient in certain areas.

Here are some of the most common traditional fishing methods:

The earliest type of fishing is hand gathering, which is named for what it sounds like. It’s the most basic form of fishing and doesn’t require any equipment. Fishermen simply use their hands to catch fish in water that’s shallow enough to stand in. Although this method is not as common today, it’s still used in some parts of the world.

Another one of the oldest and most common fishing methods that are still used today is spearfishing. It’s a simple yet effective way of catching fish, especially in shallow waters. Fishermen use a sharpened stick or spear to impale fish. The spear can be thrown by hand or launched with a spear gun.

It is a popular method used in both freshwater and saltwater fishing. This fishing equipment uses gill nets in the water and is anchored to the bottom or floating on the surface. The fish swims into the fishing nets and becomes entangled by its gills.

This method is usually used to catch pelagic fish, such as tuna, mackerel, and herring. It’s done by setting a giant net in the water and then pulling it closed at the bottom, like a purse, to trap the fish inside.

It’s a fishing method that involves pulling a large net behind a fishing boat. The net is usually weighted down to reach the seafloor and capture the fish.

What are the Recreational Fishing Practices?

Fishing can be a relaxing and enjoyable activity for people of all ages. Approximately 55 million Americans do recreational fishing every year. It’s a popular pastime as it doesn’t require much equipment and can be done in many locations. It’s also a great way to bond with family and friends. There are several methods to enjoy fishing with the family, and below are the most common:

Also known as spinning, bait casting is a popular way to fish for bass and other gamefish. It’s often used in freshwater fishing as it’s relatively easy to learn. The baitcasting reel is attached to the rod, and the fisherman casts the line using a spinning motion of their wrist.

This is a recreational fishing technique that uses a rod, line, hook, and bait to catch fish. It can be done from the shore, a boat, or a pier. It’s one of the most common fishing techniques as it doesn’t require expensive equipment or a lot of experience.

If you have fun fishing as a hobby, you’re already doing sport fishing. It’s a recreational activity that people do for competition or just for fun. The game counts who can catch more fish in a given period, but there are also catch-and-release events where the fish are returned to the water.

This type of fishing uses a fishing line attached to a rod and reel. The line is baited with lures or live bait, such as worms, and cast into the water. When a fish bites the baited lines, the fisherman reels in the fishing line to get the fish.

As its name implies, rod fishing uses a fishing rod to catch fish. The rod is fitted with a reel that contains the baited hooks. It’s a typical fishing technique for bass fishing, although it can be used for other types of fish as well.

Rod fishing can also be classified as bank fishing and fly fishing. Bank fishing is done from the shore, while fly fishing uses a fly rod and reel to cast artificial flies into the water to attract fish.

More angling methods are used to target species of different kinds. For instance, ice fishing is a popular winter activity that’s done by drilling holes in the ice and fishing through them. Kite fishing is another method that uses a kite to hold the bait and line in the air, away from the fisherman.

What are the Commercial Fishing Methods?

Commercial fishing is the activity of catching fish for trade or business. It’s done to provide fish and seafood for human consumption or other purposes, such as bait, pet food, and fertilizer. Here are some common commercial fishing methods:

Net fishing is a method that uses different types of nets to capture fish. The most popular is called throw nets, which can be set in the water or cast by hand. It’s a standard method for catching shrimp, tuna, and other small fish. When net fishing, fishermen use a slow-moving boat to drag the net through the water.

Another commercial fishing method is pole and line fishing. It’s done by using a rod and line to catch fish one at a time. This type of fishing is common for catching tuna, as the fish are attracted to the fishing lure at the end of the line.

Many commercial fishermen use trolling to catch fish. It’s a fishing method where baited lines are drawn behind a moving boat. The bait is usually attached to a lure that imitates the swimming motion of a small fish. Trolling is often used to catch salmon, mackerel, and other types of fish.

What are the Illegal Fishing Methods in the US?

While fishing is a significant driver of the economy, certain practices have been deemed illegal in the United States. These fishing techniques are harmful to fish populations and the environment. Below are destructive fishing methods that are banned in the US:

Marine life is declining at an alarming rate, and overfishing is one of the main reasons why. It’s the act of catching fish beyond sustainable levels, which can deplete fish populations and damage marine ecosystems.

Illegal, unreported and unregulated (IUU) fishing is a huge problem in the US and around the world. IUU fishing includes fishing without a license, catching protected species, and using banned fishing techniques.

Blast fishing is a destructive fishing method that uses explosives to kill fish. The explosion stuns the fish, making them easy to catch. This type of fishing is extremely harmful to coral reefs and other marine habitats.

Also known as bottom fishing, trawling is a fishing method that involves pulling a large net behind a boat. The net scoops everything in its path, including fish, marine animals, and coral. This type of fishing can damage the seafloor and marine life.

Many illegal fishers in the US use cyanide to catch fish. They squirt a lethal dose of cyanide into the water, killing the fish and other marine life nearby. This type of fishing is not only illegal but also extremely harmful to the environment.

Now that you know the different types of fishing, you’re ready to start your angling journey. But before you head out on the water, there are a few things you need to know.

Here are some basics of fishing for beginners:

One of the most important things to do when fishing is to choose the right equipment. The type of equipment you need will depend on the type of fishing you’re doing and the fish you’re trying to catch.

Get a Fishing License

In most states, you need a fishing license to fish legally. You can usually get a license at your local bait and tackle shop or online. If you’re unsure, check with your state’s wildlife agency.

The bait you use will determine what kind of fish you catch. Live bait, such as worms or minnows, is often the best choice for beginner anglers. Different fish will require different bait, so be sure to do your research before you head out on the water.

Each state has different fishing regulations, so it’s important to know the rules before you start fishing. These regulations are put in place to help protect fish populations. For example, some states have size and creel limits, which means you can only keep certain types and sizes of fish.

Catch and release is when you catch a and let it back into the water. It is an excellent way to help conserve populations. It’s also a great way to practice if you’re new to fishing. By catching and releasing, you’ll learn how to handle them without harming them.

Fishing can be a fun and rewarding experience for people of all ages. By following the tips above, you’ll be well on your way to becoming a successful angler. So get out there and start fishing. 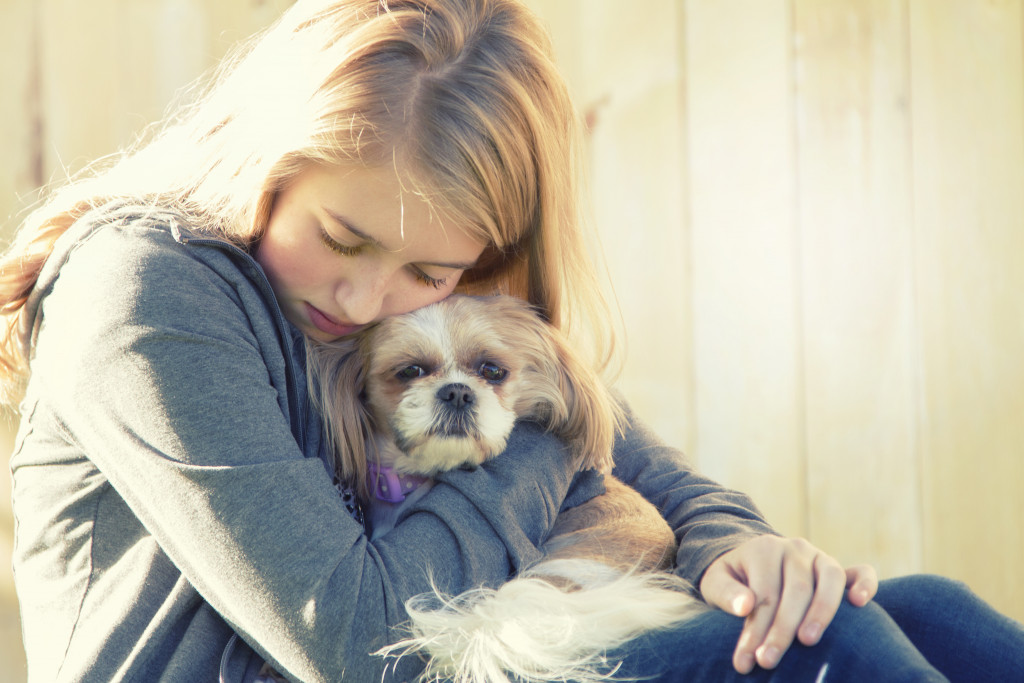 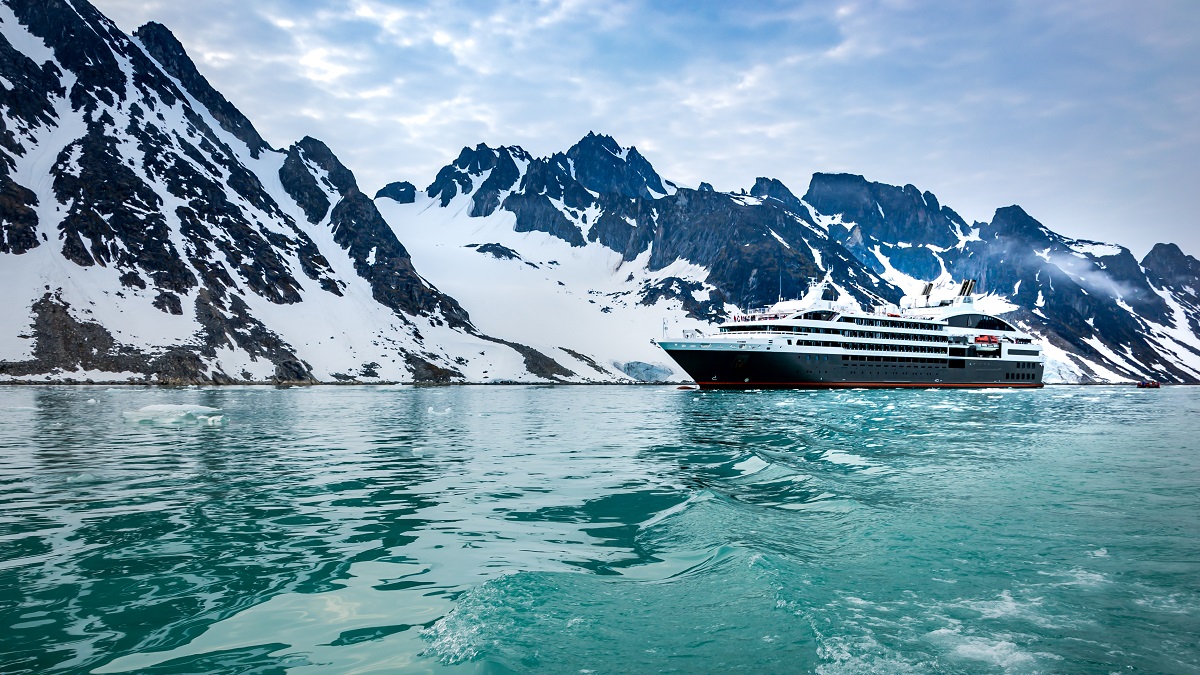 Preparing for an Arctic Cruise: 3 Things You Need to Know 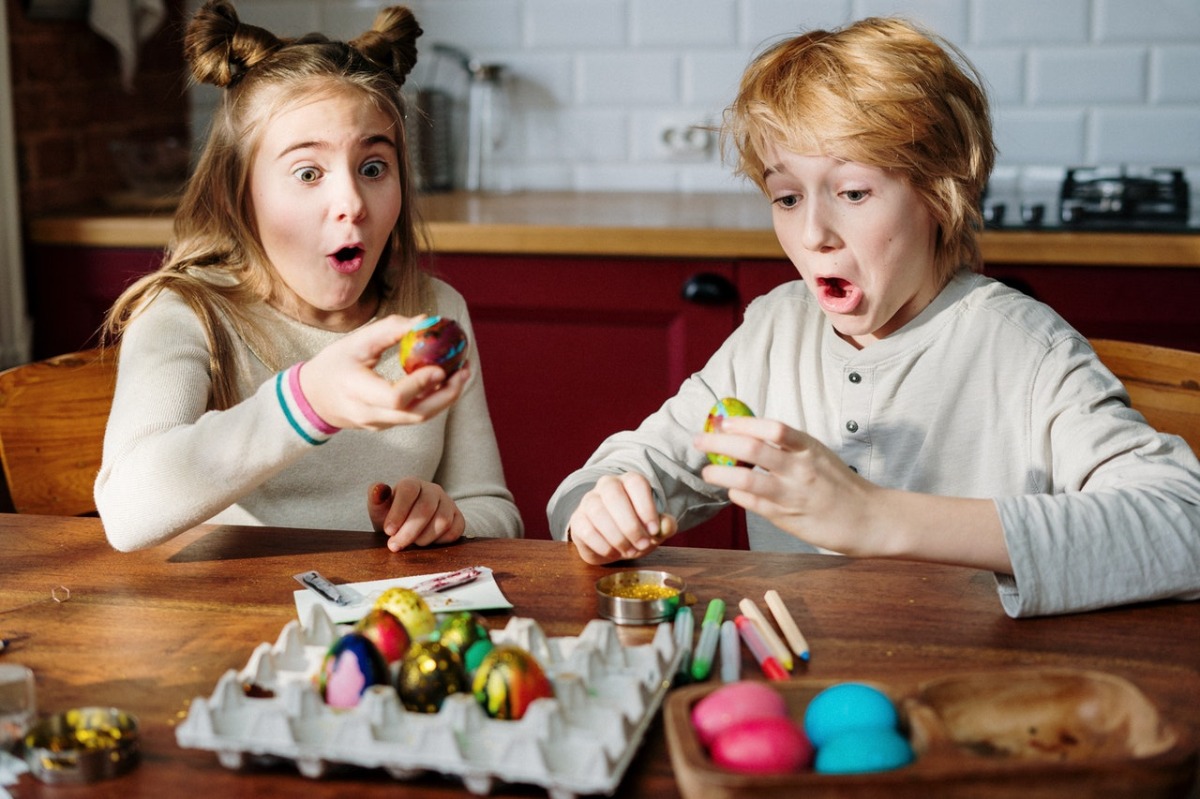 Detox Your Family Life: Ways You Can Embrace Detox as a Lifestyle